A little bit of Tuscany in Moonee Ponds 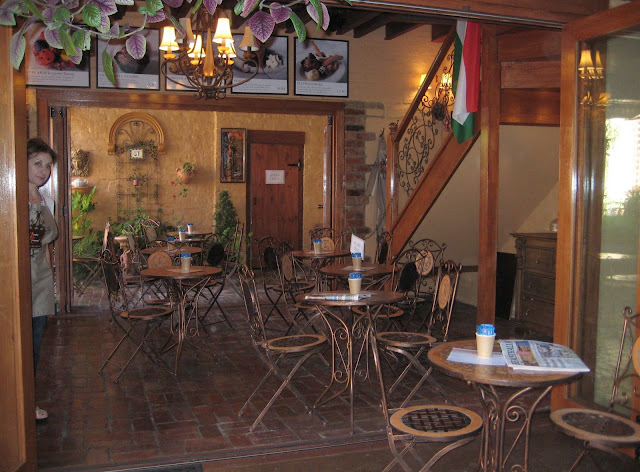 If there's anything we like in Moonee Ponds it is a good place for coffee - and this is a very good place for coffee.   Garden Tuscany is quiet hideaway in a small lane off Young Street.  Enjoy the home-made chocolates and little cakes, and have a pizza for lunch if you like. 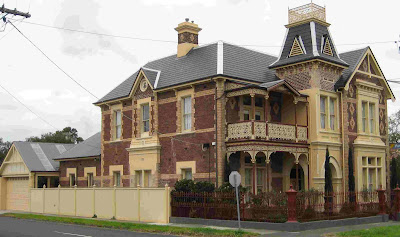 The original Essendon Grammar School was established in 1867 by Charles Dyer.  In time the school was taken over by Samuel Craig who had this building purpose built in Park Street, Moonee Ponds, on the corner of Parry Street, in 1889.  The Grammar School closed at the end of 1905, and the premises taken over by Laurence McShane who opened a co-education school called Essendon College.  This school was shortlived, and by 1908 the premises was occupied by John Hill, MA, principal of the newly established St Thomas' Grammar School.  The principal and boarders lived at the house in Park Street.  John Hill was replaced in 1910 by George Gresham Robinson when the school merged with Carlton College.  The principal and boarders continued at the premises until a house was purchased by St Thomas' Grammar in Fletcher Street, Essendon in 1915.  At this time the house became a private residence.   Restored in recent years to its glory days, the building remains standing in Park Street.
Posted by Lenore Frost at 2:13 PM No comments:

Living the fairy tale in Essendon 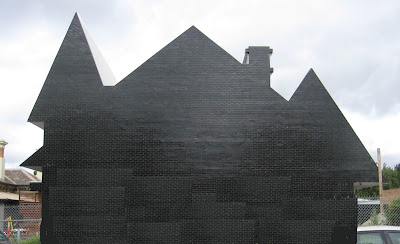 What do they plan to do with small boys in that witches' house in Nicholson Street, Essendon?

"Eye of newt, and toe of frog,
Wool of bat, and tongue of dog,
Adder's fork, and blind-worm's sting,
Lizard's leg, and howlet's wing,--
For a charm of powerful trouble,
Like a hell-broth boil and bubble."

The new PEGS Hall, digitally enhanced, but only a little bit.  Architects are now going to storybooks for their inspiration. 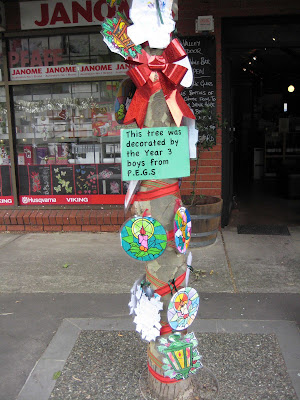 Christmas comes to Hall Street with a tree decorated by the Year Three boys from Penleigh and Essendon Grammar School.  Nice work, boys!
Posted by Lenore Frost at 8:50 PM No comments: 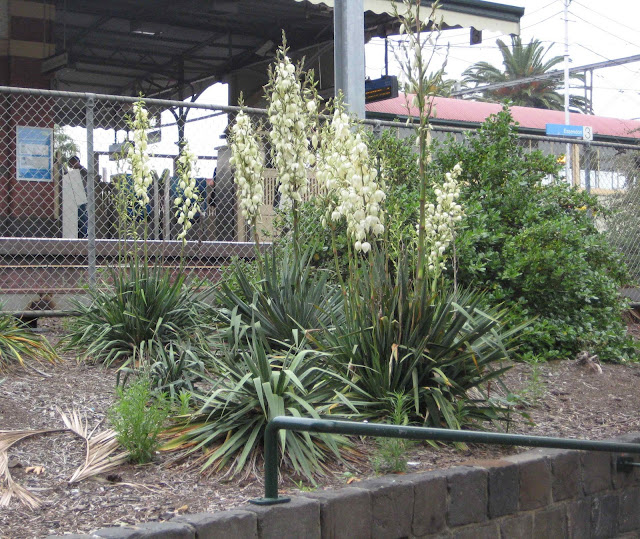 Welcome rain has produced luscious growth in the gardens of Moonee Valley.  These incredibly tall Triffid-relatives are outside Essendon Station.
Posted by Lenore Frost at 8:46 PM No comments:

Lady with a Map

These may interest you